September 27, 2019/pwsadmin/Comments Off on Joey’s Hunt

It is hard to believe that three years have passed since the Cody Louk “Dream Keeper” Foundation was involved with its first hunt. WE, along with Nevadians in Wheelchairs, took 12-year-old Joey Jacobsen on his first big hunt. He was able to harvest a great antelope with the help and support of a lot of great folks. What a rewarding experience it was hunting with a young man with a great spirit even though he was dealt a tough hand.

Since then the “Dream Keeper” Foundation has taken on two mule deer hunts. We don’t go out in official capacity; we just meet Joey and his dad Tim and go hunting. With the advice of Cody Brinkerhoff, who is foundation board member, Joey had drawn area 031 for the past two years. Being a youth and being able to put into the Nevada youth hunt has really helped his chances of getting a tag.

In 2011 Joey got a nice 4×4 after bedding him down and waiting several hours for him to stand and give him a shot. Unfortunately, what looked like a great shot turned out to not be fatal. The buck got up and it took another four hours and a lot of work by the rest of the crew to finally get Joey within a 100 yards of a final shot. Joey shoots from the back of a truck which is legal for handicapped hunters as long as they are off the road. It was quite a hunt with tons of excitement.

This year Joey again drew a mule deer tag in the same area and again we put a crew together to not only get Joey a mule deer but to capture the experience on film. This year’s crew was myself, Cody Brinkerhoff, Todd Goodale, Tim Jacobsen and of course, Joey. We found deer early and often, but we had to find a buck that we could hunt considering our obvious restricitions. Finally during mid-day Cody glassed up a nice buck bedded in an area that we may be able to drive within shooting distance. As we made our stalk, the buck started feeding in our direction. This is exactly what we needed. Todd and Tim were in the cab. Todd would drive and would turn and put us in position when the time came. Cody and I were in the bed of the truck with Joey. I would help get the chair positioned, the start filming. Cody would help Joey with putting the crosshairs on the deer. It would have to be a team effort to pull this off. If you know Todd, he sometimes gets a bit excited and made the drive up the very rocky road to say the least, exciting. Finally we were in position. The deer had fed to within 300 yards. Our concern was does and vegetation that would block our shot and it was starting to get dark. The buck finally moved into a clearing and gave Joey the shot that he was looking for. This time the shot hit the buck perfectly amd he went about 30 yards and was done. The celebration was on. We drove up close to the deer and was able to drag the deer to the road where Joey sat in a lawn chair next to his 2012 trophy. What a fun hunt. 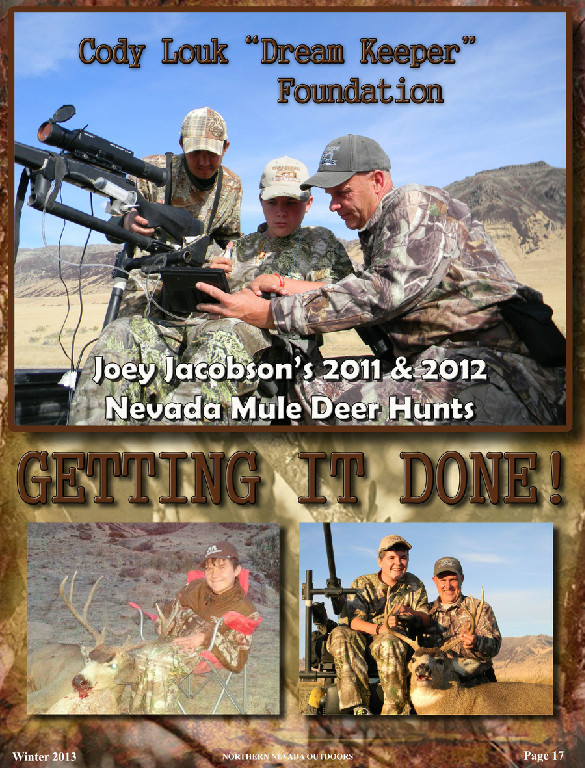 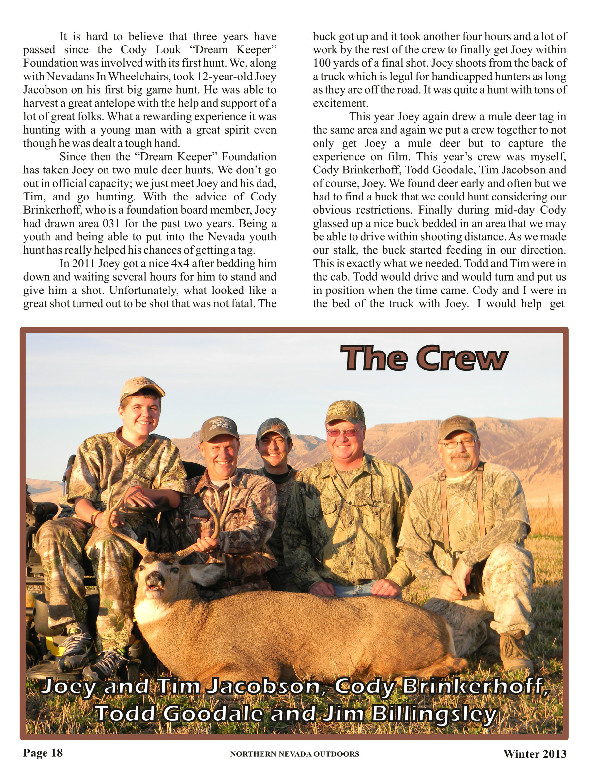 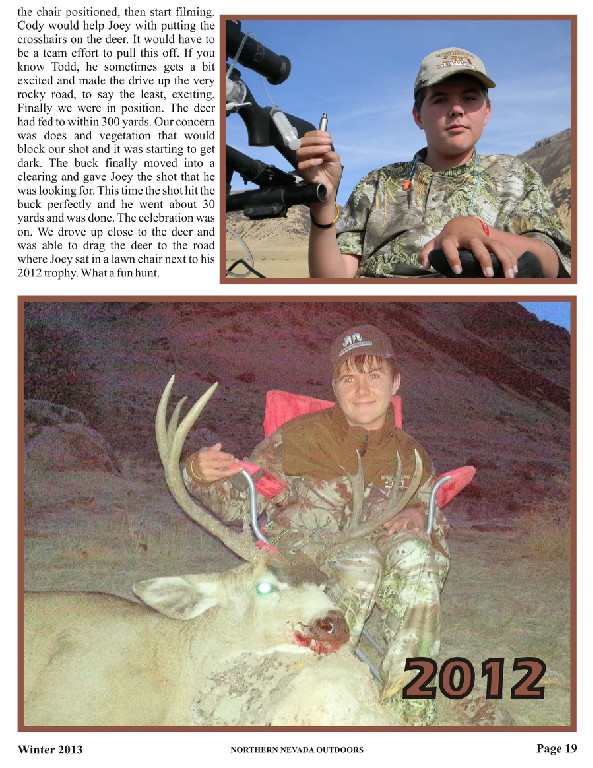